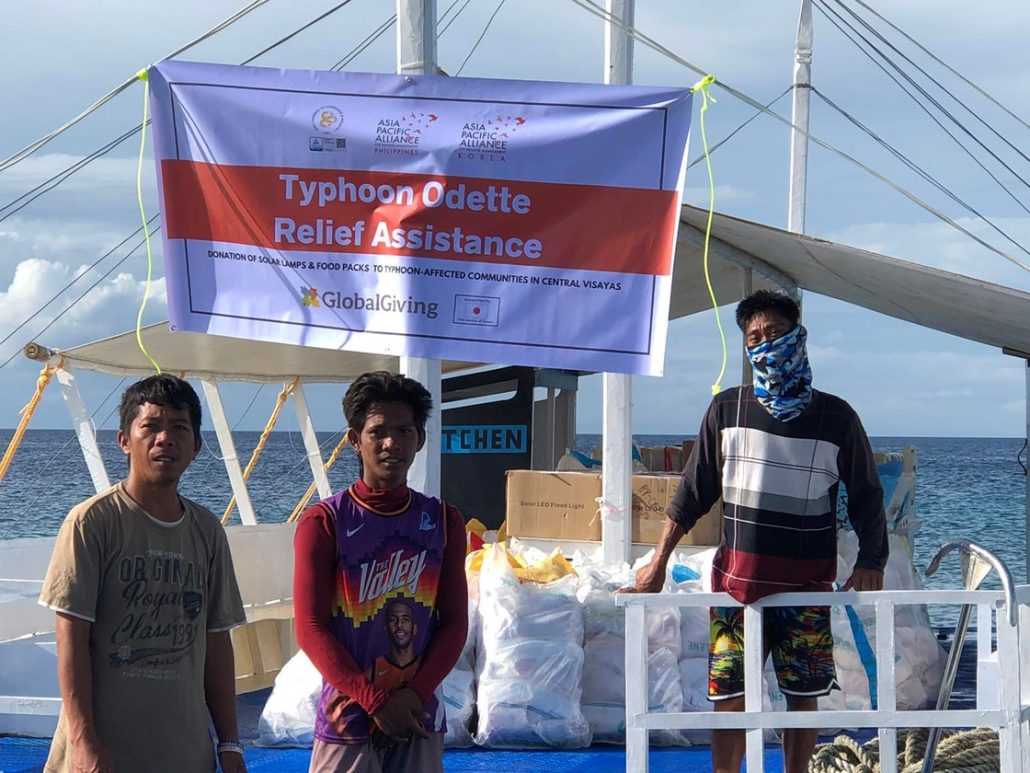 Olango Island Group is a group of islands and islets in the Central Visayas adjacent to Mactan Island. It is a 15-minute boat journey from the port of Cordova, one of the municipalities in the Mactan Island. It is composed of barangays Baring, Caw oy, Sabang, Santa Rosa, Talima, Tingo, Tungasan, San Vicente, Caohagan, and Pangan-an.

Women from A-PAD Philippines and CCCI celebrated the International Women’s Day last March 8, 2022 in the island to deliver solar lamps and food packs to 620 families. After the onslaught of Typhoon Odette last December 16, 2021, it was very difficult for the residents of the Olango Island to provide for the needs of their families since their only source of living was destroyed and it took almost two weeks before the relief assistance from the local government has reached the island because the only port where motor bancas and Ro-Ro (Roll-on, Roll-off) dock was also severely damaged. 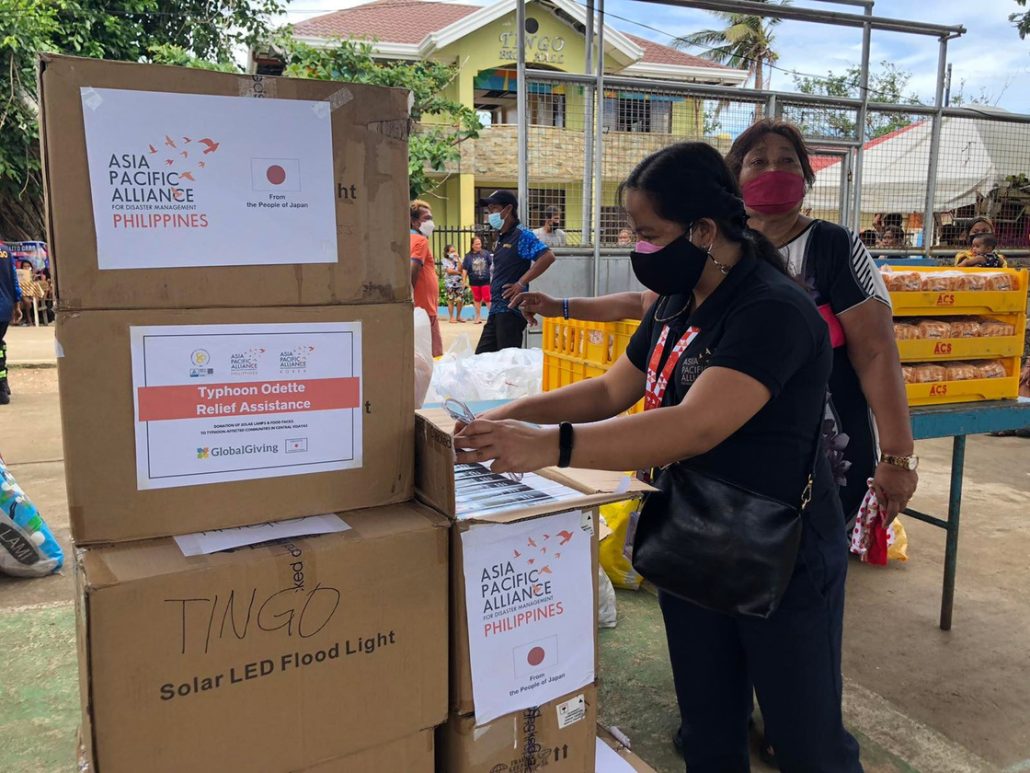 According to the local chieftain of the barangay, he is very thankful for the relief items that they have received from the various organizations from the local and national level. The chieftain also encourages the community members to participate in the livelihood trainings from Training and Education for Skills Development Authority (TESDA) to develop and enhance their skills and be able to find other opportunities to support the needs of their families wherein they would not solely depend on assistance.

Out of the 30 barangays in Lapu-Lapu City, five of which were chosen to be the recipient of the relief items. 400 solar lamps from the People of Japan and 500 food packs from A-PAD Korea and Global Giving were distributed on the island.