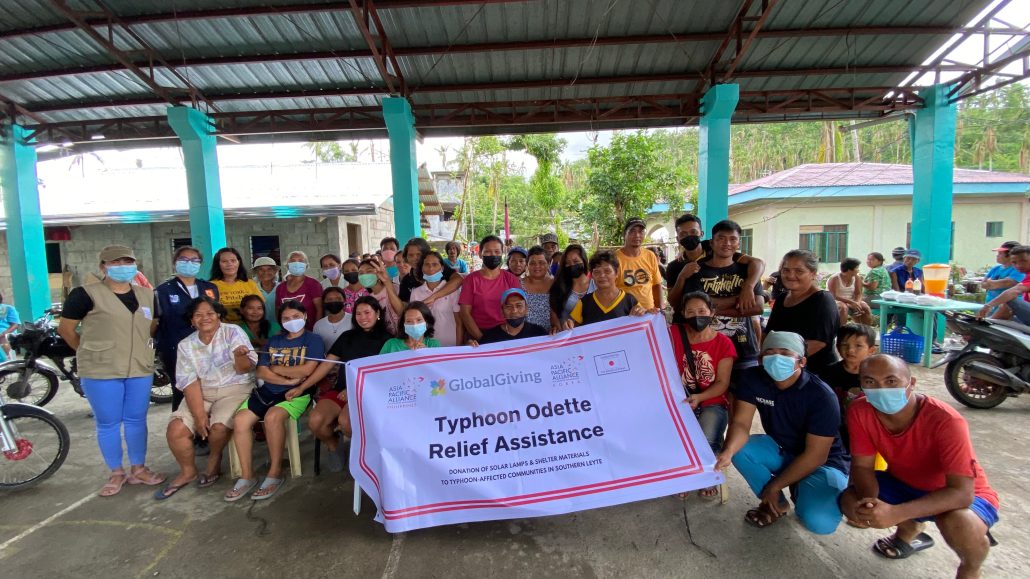 28 MARCH 2022,SOUTHERN LEYTE –The Asia-Pacific Alliance for Disaster Management Philippines and its regional partner in Eastern Visayas, Ormoc Chamber of Commerce and Industry (OrCham) and other members of the Tabang Para sa Southern Leyte movement has conducted a one-day relief operation in the municipalities of Liloan and Libagon, Southern Leyte.

These relief items were solar lamps from the People of Japan, through its Ministry of Foreign Affairs, and shelter kits funded by the Asia-Pacific Alliance for Disaster Management Korea and Global Giving. Area beneficiaries for the 400 solar lamps were barangays from Liloan namely; Cabungalon (97), Calian (165), Gudan (84), and Otikon (54). These barangays still experience dark evenings since December last year. The residents are using generator sets and solar lamps to light their houses at night. Few houses from barangay Gud-an and Otikon already have electricity but these are only those who live near the highway.

While in Barangay Pangi of Libagon, 80 families have received shelter kits from APAD-Korea. These include 5 pieces of plywood and ½ kilogram of common nails. These items would supplement the shelter kits they have received from other NGOs like roofing materials. There were 87 houses which were totally damaged by the typhoon and selection criteria were used to identify the beneficiaries.