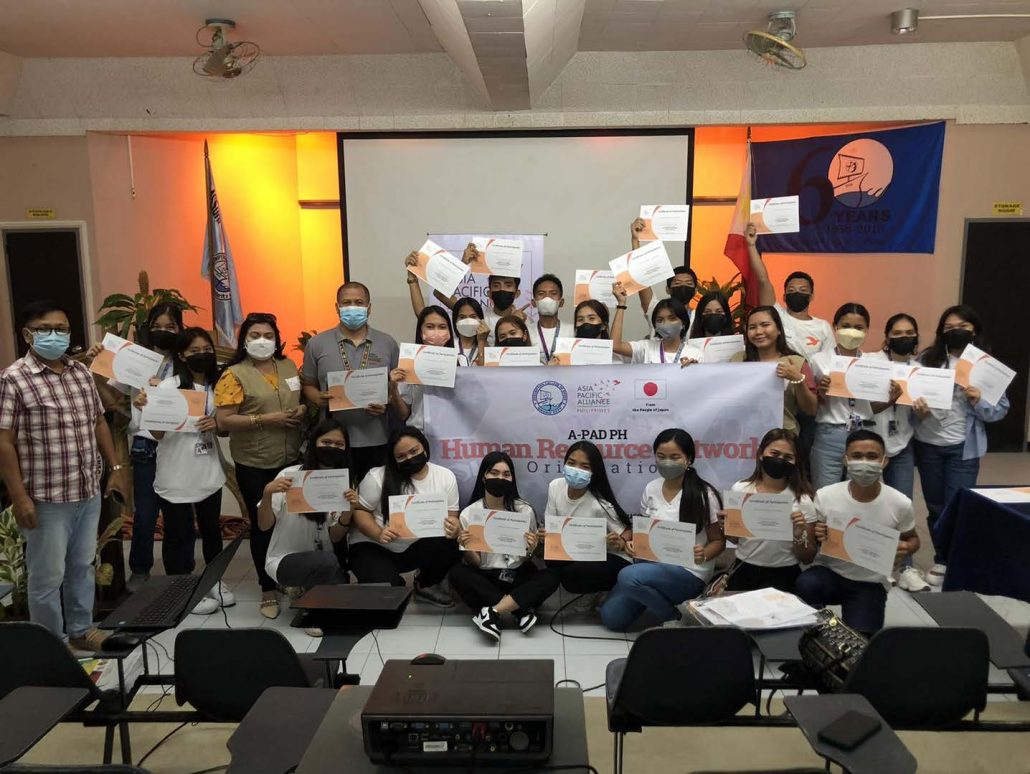 The A-PAD PH, with the help of Assumption College of Davao, gathered 25 students last June 4, 2022 for the orientation of the Human Resource Network. This will help the region to establish its very own HRN volunteers. While in the Ilocos Region, A-PAD PH formally launched its HRN in partnership with Northwestern University in Laoag City and is composed of 18 students and staff who pledged to become an HRN volunteer.