The Many Sources of Hope

February 14, 2022 – Two months into 2022 but there are still numerous families haunted by their experience of Typhoon Odette that hit the Philippines last December 2021. Entering the year with hope may be one of the bravest things the survivors had gone through.

A-PAD Philippines team met with Tatay Rubeniano Ngalan, a Dinagatnon of Barangay Cab-ilan, San Jose, Dinagat Island, to openly share his frightful experience of Typhoon Odette. He said that he and his family were extremely terrified because this was the first time in his life that they had experienced such a strong typhoon to hit the island. 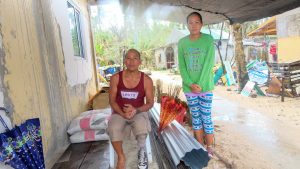 The roof of their home was totally blown away by the angry winds during the night of the typhoon.  The whole island lost their source of clean water, electricity, and means of communication.  Rachel, wife of Tatay Rubeniano, also joined our conversation– she added that even though there had been several donors of food, they still need the support in the repair of their shelters.

By late January 2022, A-PAD Philippines team, the Philippine local Chambers of Commerce & Industry (PCCI) of Mindanao, together with Baguio-Benguet Chamber of Commerce and Industry, and TESDA were already organizing for a relief delivery operation (RDO) for Barangays Cab-ilan and Mahayahay in San Jose, Dinagat Island scheduled for February 3 to 4, 2022. The different teams readily prepared food packs including rice, donated clothes, roofing materials from the local chambers in partnership with TESDA; and solar lamps from A-PAD Philippines supported by the Ministry of Foreign Affairs of Japan. A-PAD Philippines team gladly took part in the distribution in the barangays. The actual conduct of the RDO reached 1,170 households from the two barangays! 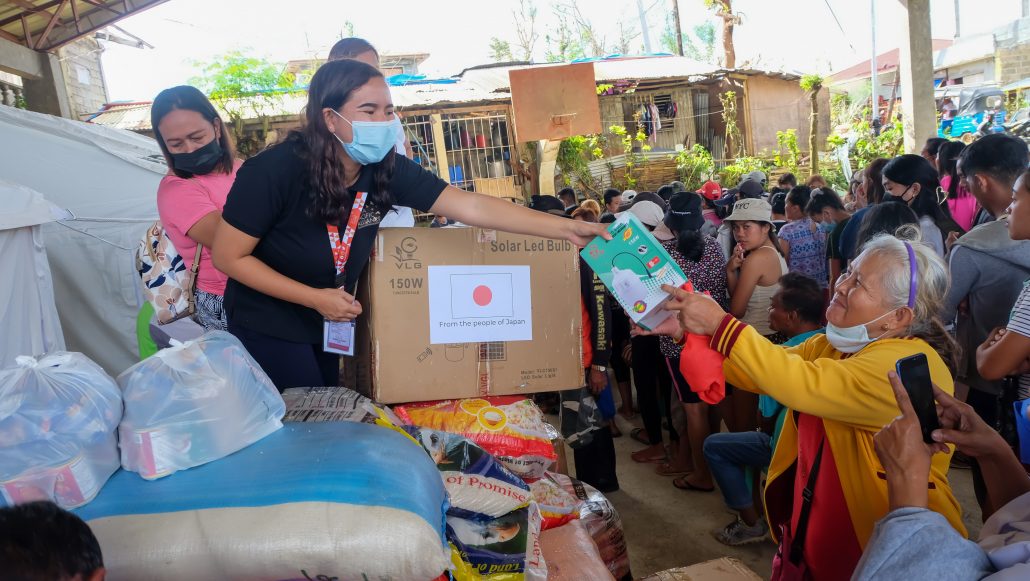 The thought of providing support to the community was priceless but on the other side of the story are the persons who made it all possible. Mr. Arthur “Art” Milan, Area Vice President of PCCI Mindanao, also led in the fund drive from the different chambers of Mindanao and from the Baguio-Benguet Chamber of Commerce & Industry. According to Mr. Milan, they immediately responded to provide food for the survivors of the typhoon. However, after conducting their assessments, they witnessed the need for support in the repairs of damaged shelters that resulted in their partnership with TESDA. The TESDA team, coming from Davao region and Dinagat Island, provided guidance through their hands-on demonstration on the installation of roofing materials in houses. 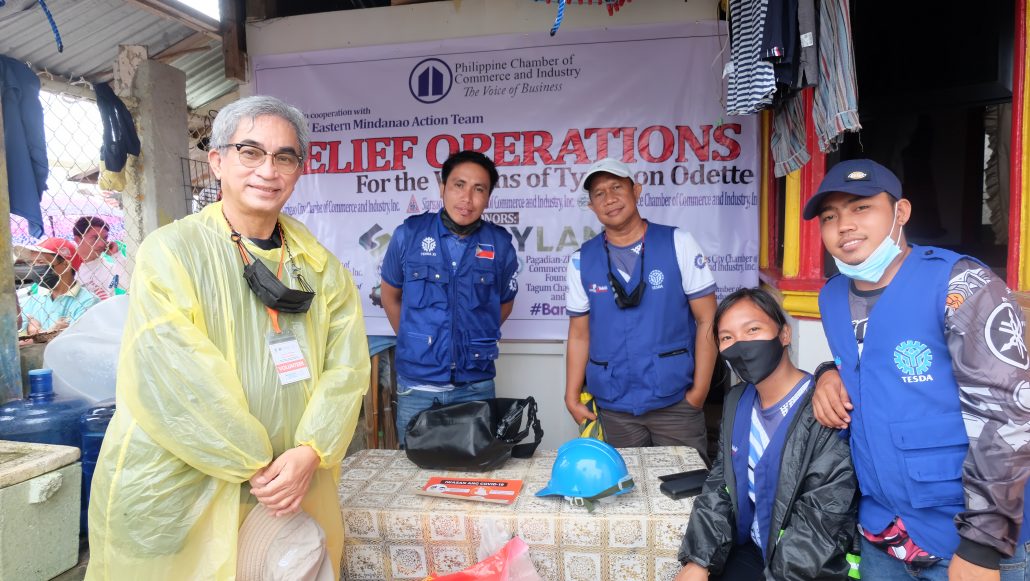 Other representatives of Mindanao local chambers were also present during the RDO. The teams were joined by Mr. Leonel Rojo, president of Dinagat Chamber, who led in the coordination and preparatory meetings with the barangays. Ms. Julie Senense, regional governor for PCCI Eastern Mindanao, perseveringly assisted in the preparation and actual conduct of activities; she even prepared hot meals that were given out to the community members while they were queueing for their relief packs. According to Ms. Julie, she was genuinely moved when she witnessed the once naturally abundant and lively island, now surrounded by rubbles. 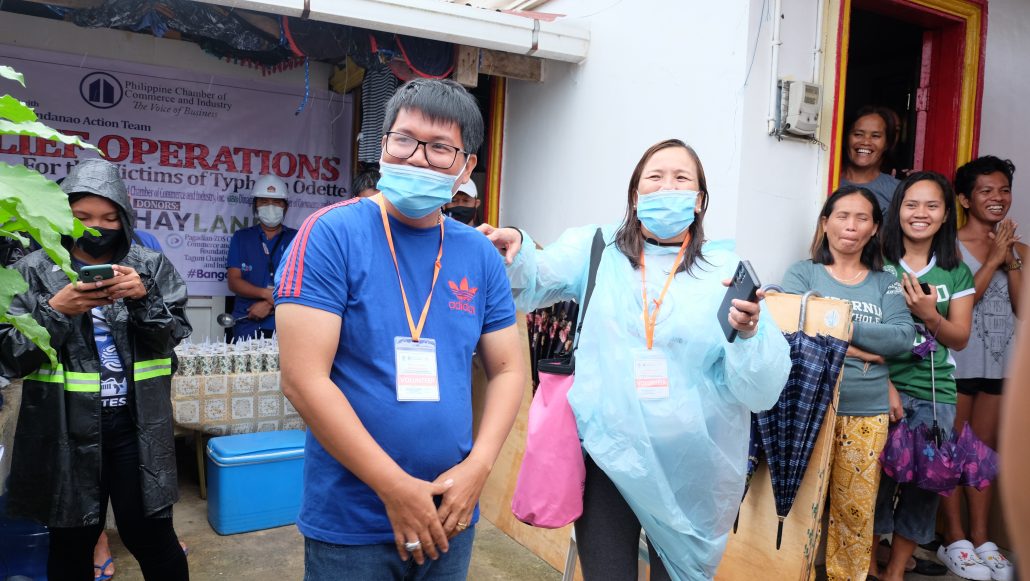 The chamber members present in the RDO declared their openness in further supporting typhoon-affected communities in the island. There is no amount of support that could compare to the compassion felt towards helping others recover. A-PAD Philippines is beyond grateful for being a part of this fruitful experience in giving assistance to those in need. 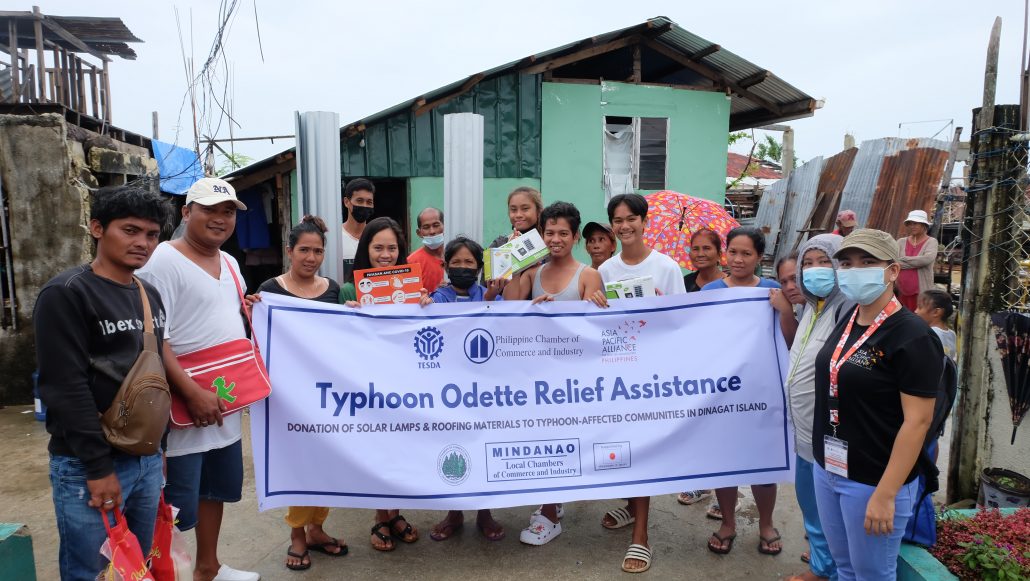