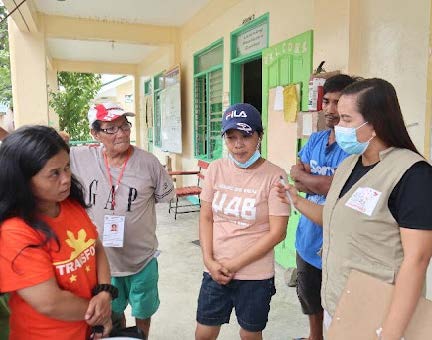 28 MAY 2022, BAYBAY CITY, LEYTE – On May 28, 2022, A-PAD PH Human Resource Network (HRN) in Eastern Visayas led the second batch distribution of water buckets in Baybay City, Leyte. This initiative is funded by the Ministry of Foreign Affairs of Japan (MOFA) through A-PAD Philippines. A total of 61 water buckets was distributed in the landslide-affected communities in Baybay City and Abuyog, Leyte.

HRN Eastern Visayas and A-PAD Philippines coordinated with the City Social Welfare Development Office (CSWDO) and City Agriculture Office for the list of farmers’ associations affected by the several landslides in Baybay City. Four farmers’ associations from barangays  Kantagnos, Kan-ipa, Mailhi, and Bunga have each received ten (10) water buckets. Farmers were grateful for the aid items because it would give them free, clean, and safe water to drink. One container of mineral water costs about P35 and lasts about two to three days. With the provision of water buckets, each family can save at least P100 every week, which they can use to pay for food and other household costs. 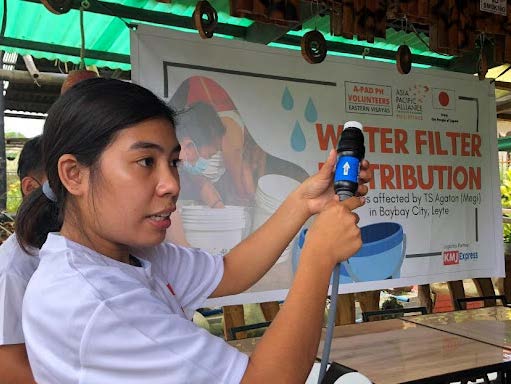 Farmers plan to situate the buckets in common areas in every sitio where there is a nearby water pump or deep well so that it is more accessible for the neighborhood. Moreover, the farmer president in Barangay Bunga plans to put one water bucket in the elementary school and one in the barangay hall.

Meanwhile, evacuees in Baybay City Senior and Night High Schools were hoping for livelihood programs from the local government units for them to recover. According to the camp manager, the Baybay City LGU has already started working with the relocation site in Barangay Maganhan. Some male evacuees were hired through the cash-for-work program.